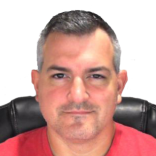 I have been trading coins since mid 2017 and in recent weeks, the major exchanges are going through some ROUGH times. Bittrex & Binance and more they are shutting their doors to new registrations or worse shutting down exchange trading pairs of LTC and DOGE of hundreds of coin in some cases due to overwhelming traffic.

Founded by a group of blockchain enthusiasts who had proved themselves in industry giants like Ant Financial and GF Securities, Kucoin aims at providing users digital asset transaction and exchange services which are even more safe and convenient, integrating premium assets worldwide, and constructing state of the art transaction platform.

So what is the big idea with KuCoin?

Well, the founding team of Kucoin Blockchain Asset Exchange Platform has carried out in-depth research on blockchain technology as early as in 2011 and achieved the technical architecture of Kucoin exchange platform in 2013. The Kucoin team has officially entered the blockchain asset trading service platform in 2017 with the most reliable and extended technical architecture, superior service and better operation strategies to better serve blockchain asset transaction.

Secondly, it’s accessible, easy to register with and adding new coins quickly. New comers in the Crypto Craze are looking to get into those coins that may have a very low barrier to entry, and then sit on those coins [ HODL them ] for long periods of time in hopes that that coins particular technology takes flight – or wins the ranks of a true utility among all the other coins that do similar functions. Now, with KuCoin, they have another option.

Third, This is a brand new exchange and they are offering huge incentives to join the team. Extra KCS coin, or evena share of the transaction fees that flow through the exchange itself. All the other guys did it – Coinbase offered you $10 of BTC for referring a friend, others like Binance offer 20% commission on trades…etc. Kucoin offers a BTC Coin Bonus for holding their KCS coin. They currently are hosting a couple of sweepstakes, one to win a Porsche 911! Give them a try and see what I’m talking about.

Here is the link to the Kucon Exchange